Last et al (2017) compare the Deaths at the Borders Database with news-sourced datasets on border deaths. The graph shows a stark difference in trends between news reporting of dead and missing migrants (steep increase with a dramatic dip in 2010) and the number of bodies found along southern EU borders (overall increase since early 2000s but more constant). 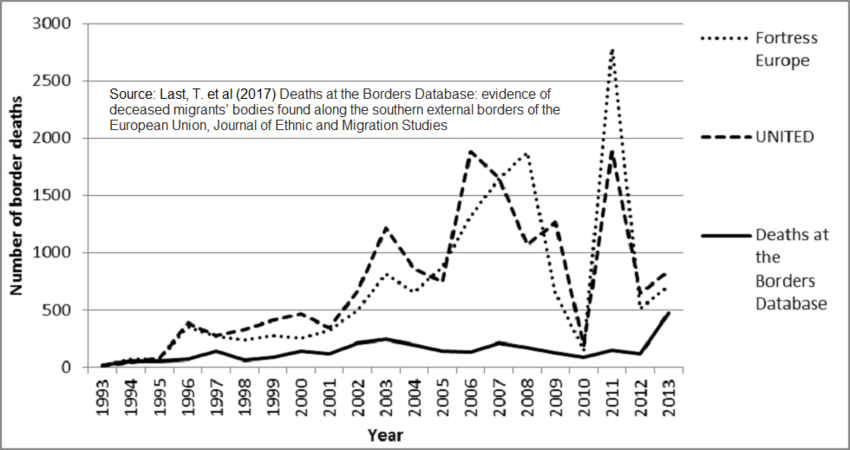 The dataset for this graph includes adjusted counts from UNITED list of deaths and the Fortress Europe blog to reflect a common definition of ‘border death’ with the Deaths at the Borders Database: people who have died attempting to cross the EU southern external borders without authorization.

Please use the following citation when using this dataset: