Many helped us during this research. Here is a short list… 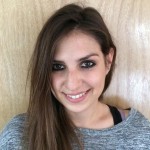 Alexandra completed a Masters in Development Studies from London South Bank University in 2013 and a Bachelor in International and European studies at Panteion University. Alexandra has previously completed an internship with United Nations High Commissioner for Refugees and has conducted research on the areas of human rights, migration, asylum, racism and xenophobia in Greece. 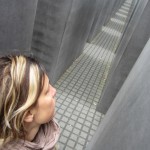 Naya is currently a PhD candidate in the Department of Geography of the University of the Aegean and she is variously working as a researcher in scientific projects regarding mobilities, migrations and space. She studied International Cooperation in the Compultense University of Madrid (2004) and has worked in NGOs for migrants, refugees, inmates, homeless and unemployed people. Finally, she has been actively involved in various anti-racist and solidarity groups (NoBorder Group, anti-racist initiative of Lesvos, Thessaloniki etc.). 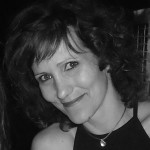 Rena holds two Masters in Sociology: one entitled Social Exclusion and Minorities from Panteion University, Athens, Greece (2000), and one entitled Sociology from University of Crete, Greece (2015). Over the years, she has participated in various projects on social issues and different target groups. One of the latest projects was filming short stories of the life of migrants (Video life-stories of migrants – 2013), in the framework of which she developed the scenario and filmed the story Albanians in Crete – Here and There 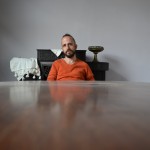 Marios Chatziprokopiou is currently a fully-funded PhD researcher and part-time tutor in Performance Studies (Aberystwyth University). His thesis is entitled: Displaced Laments: Performing Mourning and Exile in Contemporary Greece. Marios has previously studied History (Aristotle University of Thessaloniki) and Visual Arts (University of Paris VIII), and he holds an MA in Social Anthropology and Ethnology from the School for Advanced Studies in the Social Sciences of Paris (funded by the French Minister of Education and the Foundation Michelis). In 2009-2010, Marios worked as a performance studies tutor at the Federal University of Bahia, Brazil. His research has been published in Greece, France, Brazil and the U.K.

Nefeli works in a NGO as a guardian of unaccompanied minor refugees in Athens. She previously worked as a researcher studying the “The new migration of Greeks in Germany in times of crisis. Social and cultural capital in the migration and integration processes” (IKYDA research program) and has a long term fieldwork experience on the land Greek-Turkish border on Evros region studying migration, borders, citizenship, minorities and Greek-Turkish relationships. She holds a Masters in Social Anthropology and History from the University of Aegean and she is currently getting trained on Systemic Psychotherapy.

Efi studied psychology in the University of Athens and University of Picardie-France and she did a postgraduate degree in the University Paris 7 studying Literature and Film. After her studies she has been working as film director and script writer in documentary and fiction film. Εfi Latsoudi is currently participating in the solidarity network of Lesvos “village of all together” which runs PIKPA , the first self-organised open camp for refugees in Greece. She is also working for the Refugees Support Programme Aegean (RSPA), a programme which provides monitoring as well as legal and social support. 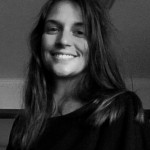 Amélie works with IOM Kenya as Project Development Officer (UN/DESA fellowship programme award) where her field of study involves design and management of programmes and projects in developing countries and assistance of victims of trafficking. She previously worked as a Project Assistant at the Integration and Citizenship Rights Group COSPE (Cooperazione allo Sviluppo dei Paesi Emergenti) and has also served as a Research Assistant at the University of Pisa studying the symbolic construction of the “migration emergency” in italy (more info here). Amélie has a double degree in French and Italian law and pursued her academic background with a master in Peace Studies (Italy) and International and European law (France). 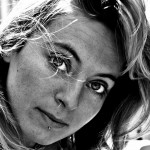 Giorgia is the first field researcher involed in “Human Cost of Bordel Control” project, since 3 years. She worked as cultural mediator for legal support in a reception center for irregular migrants, Laboratorio Zeta, for 2 years. With a group of Sicilian activist carried out many local project for migrant reception: especially she coordinated a national project for monitoring Lampedusa’s arrives during 2011-2012, which involved a big cartel of anti-racist and solidarity NGO. Giorgia has a degree in History from the University of Palermo, specialized in anthropology, and she is currently pursued her academic background researching in Italian social movement studies and cultural studies with a master in Peace Studies at University of Pisa. 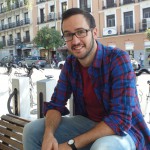 Ignacio studied a Masters in International Relations from the University Complutense of Madrid in 2012. He specialized in Sub-Saharan migration and part of his investigations has been published by the Spanish Association of Sociology. He worked for the NGO Karibu, which assists African migrants and refugees in Madrid. Ignacio has published as a journalist in magazines, newspapers and websites such as Meeting Halfway, Hemisferio Zero, Calle 20, Grupo Zeta or Diario Expatriado. @NachoUrquijo 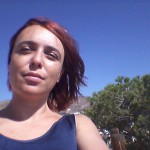 Marta is ABD PhD candidate in Social Anthropology at Autonomous University of Madrid. She holds a Master in International Affairs from The New School. She does research and practice on human rights, citizenship and borders, forms of governance and politics, the relationship between neoliberal and bureaucratic theories and practices, and critical analysis and practice on access to the health system in Madrid. She is also interested in the politics of publishing in academics (see more here).